← A Mother Like No Other
Less Talk & More Action →

Police Encounters #6: The Story I Said I Would Never Write 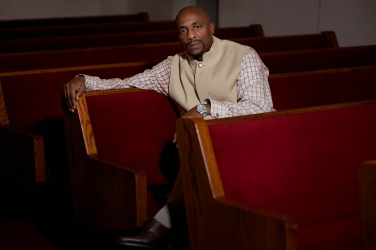 I never thought I would share this episode in written form, and who knows, by the time I am done I might delete it. It’s embarrassing and humiliating, but might bring validation and/or understanding to someone or a community. Based upon the back-to-back killings of Alton Sterling (7/5/16) and Philando Castile (7/6/16), I am left bewildered and dazed. At this current time my personal anger and outrage has escaped, replaced by trauma-induced dissociation, despair, and momentary hopelessness. See, as a Black man they told me if I did not move or flinch, comply and kept my hands raised, I would live. Tell that to Philando Castile, his girlfriend Diamond Reynolds, and his 4-year old daughter who witnessed the shooting, bleeding, and death of a father and partner.

I am sharing Police Encounters #6 because a present mindset exists that makes it possible for men like my brother in-law Derrick Jones (Oakland), Alton Sterling, Philando Castile, and countless others to be shot. I normally just share my police encounter stories without commentary, but this one needs context. From what I saw in the video, the shooting of Alton Sterling was beyond bizarre and when I first saw the clip of the Philando Castile murder on Facebook late on 6/6/16, I refused to believe it was real, hoping it was some kind of horrible dramatization. Even after Philando was shot, bleeding and taking his last breaths, the officer maintained his aggressive posture with his pistol still pointed at the slowly dying school employee.

The thought is that there is a certain type of Black man that lives so close to the edge, he warrants death. It was his fault. He has a record. He has tickets, thus death is justified. This type of Black male defamation must cease because it is clearly costing us our lives. We must shatter the myth because all Black men and boys are at risk, as the fatal evidence clearly depicts. 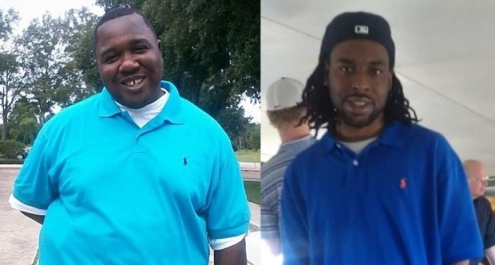 No, in Police Encounters #6 I was not shot or shot at, but the episode speaks to how easy it is for the Black male image to be accused and maligned without any provocation or guilty action. This can be true while walking down the street, standing in front of a store, or hard at work. When un-checked  such a mindset about Black people and Black men (in particular) can even lead to the death of an innocent Black man. This is not explained-away rhetoric, hype, or propaganda, it is American reality.

More than ten years ago while working at a school as an administrator, I had a very troubling encounter. After a meeting, the Principal and I were walking down the hall, returning from a small group discussion regarding a violence prevention grant. Classes were out and the halls were empty. It was the perfect time for the Principal to share what had been on their heart for several days. While we walked the Principal said something to the effect of, “I have been meaning to share something with you, I just did not know how. It is so strange” To this day the Principal is still my friend and respected deeply. I said, “Just go ahead and say it or ask, it’s all good.” I could tell that the Principal was very uncomfortable and indicated wanting to share the information with me for about two weeks. 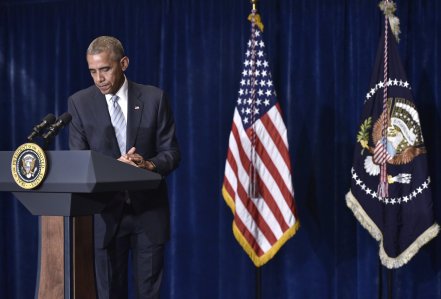 I cannot provide direct quotes but the gist of the story went something like this: The School Resource Officers (school police), their boss, and another officer visited the school to speak with the Principal about me. They were concerned because they said they heard from someone on the campus (that I said or mandated) that no Black male student was to ever be searched. They were at the school to talk to the Principal about the truth of the statement. If the statement was true ( I was informed) they wanted to remove their SRO services from the school. Keep in mind, all of this was happening without me knowing anything. No one had approached me.

While arriving to the school to speak with the Principal or on their way out, one of the officers saw my picture on the wall with the rest of the faculty, staff, and administrators in the main office and said, “That’s the guy! That’s the guy that was causing a disturbance at the Marina.” My picture was a head-shot and I had on a blazer, shirt, and tie. This person went on to warn and inform the Principal that an administrator was working at the school who was at the Marina jogging and walked up to him while he was making an arrest or questioning someone and allegedly yelled, “I am tired of this stuff and I have a PhD.”  I think there was also something about me throwing a rock. So basically the depiction was a Black man yelling at the police in frustration, I guess, for questioning or arresting a person of color. To this day I am not totally sure.

So as the Principal shared this story with me my jaw was on the ground in disbelief. “They said it was me.” I was totally dumbfounded and said, “You need to call a meeting with these people with me present because this is absolutely crazy.”  I clearly wanted to face the persons making the accusations. My thought was that once the person(s) saw me it would all be cleared up as mistaken identity.  I mean (at the time) I worked at the school and lived in the community; why would I do such?

Now, in terms of Black male searches, I did tell security a year prior that I personally had a problem searching Black males because of all my experiences being searched for no reason as a youth and adult. However, at no point did I ever suggest to anyone that Black males should not be searched at the school. If any student becomes a danger to self or others or is believed to be in possession of a dangerous object or weapon, every school has legal steps and District protocols that must be followed.

The Principal was relieved by my response of wanting to meet with the police. Based upon the force and confidence of the Officers and what they were alleging about me, the Principal was not initially sure what to believe. I actually went home that evening wondering if I was losing my memory. Once home I immediately asked my wife if she ever recalled me jogging at the Marina. Clearly she was perplexed and said  “No, you?”  She had seen me jog on the treadmill in our garage a few times, but jogging at the city Marina, comical! I am not a jogger. Even the Principal saw me jog once at a leadership retreat one morning, but that was probably the last time I ever jogged. 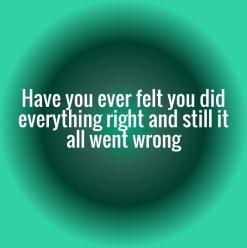 The meeting was conducted in the office of the Principal and I was already seated when four Officers walked in. Three of them I knew well and one I had never seen in my life. Not being sure how many officers would be in attendance, I had six cease and desist letters, that I had already typed, in separate envelopes and one was sent to their Police Chief as soon as the meeting ended. As they walked in and took a seat I immediately asked, “Which one of you accused me of causing a disturbance or disruption to police business while jogging at the Marina?”  The Officer I had never seen before said, “I did.”  Keep in mind that I was at work, my place of employment and where I served students, family, and community — while being accused and questioned by the police. I engaged him in a heated exchange, letting him know I had never seen him in my life and “I do not jog, so how did you see me?” I asked repeatedly, “You saw me at the Marina jogging?” At one point the Principal had to calm me down a bit. The Officer and I went back and forth and finally to make his point emphatic he said, “If I had to pick you out of a line up today, I would.” He went on to say, “Plus your voices match.” At that point I asked, “When did this happen anyway?” He replied, “About a year ago.” At that moment I felt like I was working with the Keystone Cops. So the incident happened a year ago, but I could be picked out of a line up today because my voice is a match?

To conclude the baffling exchange he said he also knew it was me because (according to him) at the Marina I yelled “I have a PhD.”  Huh?  I said, “What person jogs at a Marina, disrupts police in the midst of business and yells they have a doctorate?”  That would perhaps be the essence of someone mentally unstable! I stated “So now I am really concerned because apparently there is an emotionally unstable person out there that looks like me and the next time they do something, I guess you will be coming for me.”

The meeting ended with the SRO supervisor trying to downplay the Marina incident and with me giving them their cease and desist letters. I also told them that if anything like that was to come up again it would be handled legally. There was never an apology or any acknowledgement that they made a mistake or accused the wrong man.

Toward the end of the meeting I turned to one of the present SROs that I worked with everyday and said, “Why did you not come to me and tell me what you were hearing?” He said, “I don’t know doc, people just starting talking and saying things.” Hence the whole reality of #BlackWorth; I was not even worth the extra effort of being informed of such erroneous accusations ahead of time.

So no, in this encounter I was not searched, handcuffed, physically injured, and did not have a gun pointed in my face, but while on my job serving the people, the servants paid to protect me, secretly accused me of wrongdoing. Again, this is one encounter out of several that spans my life as a teenager into adulthood. Like many who have had their lives end tragically, I was at work doing everything right, but that did not prevent those authorized to protect me from accusing me or seeing me as wrong…

Through it all they knew that I was an upstanding administrator,  husband, father, Christian, preacher, and consultant. It did not make me right or worth the benefit of the doubt.  I am only one out of millions of Black men in America with similar stories and burdens and we are tired! In the end our rightness is still not enough. 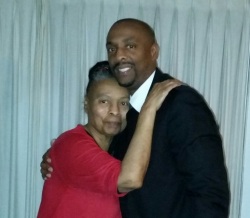 Posted on July 8, 2016, in Uncategorized. Bookmark the permalink. 1 Comment.

← A Mother Like No Other
Less Talk & More Action →