← Born Into Church or Birthed Into Christ?
Police Encounters #6: The Story I Said I Would Never Write →

I was awakened around 6am this morning (6/25/16), to the gentle shaking and rumbling of my bed, generated by the tears and secret cry of my wife. The mother of my wife and her siblings, Sis. Nellie Jean Jones (most often known to many as Sis. Jones), was funeralized, buried, and celebrated in grand fashion yesterday. I can hear my wife right now downstairs, still gently crying and arranging flowers, before she heads to the gym. For my own healing and as a tribute to the blessed life of Sis. Jones, it is vital to my soul that I document a word about this multifaceted wife, mother, matriarch, and Christian spirit. On this June 25th day of 2016, it is calm outside. The sun is shining perfectly, the breeze only blows as needed, and it all seems serene. The current climate and atmospheric texture is one of peace.

My mother died on Easter Sunday, April 5, 2015. I thought I handled her death well, but the

life-departure of Sis. Jones pulled the wool off the reality of my world, inner-being, and fragility. Sis. Jones was diagnosed with a medical condition in 2014, but she only shared this reality with my wife in December of 2015. However, the real start of her decline was in November of 2010 when the Oakland Police murdered her unarmed son (Derrick DD Jones) in a dark East Oakland alley, postulating in classic fashion that they thought he had a weapon. I did not fully realize it at the time, but I rushed through the death of my mother. Life did not stop, so I did not take the necessary time to do what was needed. For the past 6-7 months I watched my wife care for her mother. Sis. Jones was exceptionally close to all of her children and in her last months of life, her children were able to minister to and care for her, the way she cared for them.

The last time I saw Sis. Jones outside the hospital was Mother’s Day (5/8/16). She was sitting on the floor as she preferred, soaking up the beaming sunlight, glistening in from the Oakland skyline hills. On May 11 Sis. Jones was taken back to the hospital because she was having difficulty breathing, but this time she did not physically return home. The first 5-7 days she was in the hospital I visited daily with my wife and often our children. In just a couple of days she went from a regular room to ICU. Sis. Jones was very private about her health condition so many people were not aware of her battles and multiple hospitalizations, especially over the past six months. Her last days in ICU were no different. She was in the hospital this last time for about 29-30 days, but ICU for about 27 days.

Unless they knew from another source, no one at church where I preach knew what Sis. Jones or my wife was going through. I knew if she passed it would be a true shock to

others because it was an unshared reality of our family life. After visiting Sis. Jones daily, the emotionality of the process began to take a toll on me and I cannot imagine what it was internally doing to her husband and children. Over the past two months and especially the last thirty days, I became a much more withdrawn person, truly struggling if in the midsts of large groups of people. After a while I started visiting every two or three days, but the last four days of her life I was again there daily.  My wife Tonya and her sisters, Shonda and Eumeka, cared for Sis. Jones day and night. Their mother was never left alone in the hospital. They ensured that the medical staff provided the best of care for Sis. Jones and during her last 29-30 days in the hospital, her daughters rotated spending the night with her.

On Easter Sunday of 2015 I received a jolting call from my father that my mother had died. Although my mother battled through a health condition for years, her death seemed sudden. It was totally unexpected. Yet, with my mother in-law, I watched her gradually depart this life from a hospital bed. Each time I left the hospital it was a deep emotional adjustment. The 30-day period she was in the hospital before her death was surreal. I departed the hospital each time with a myriad of emotions; I was angry, numb, perplexed, confused, helpless, emptied, sad, frustrated, and emotionally drained. At work I literally felt like a zombie and a man behind a concrete mask. No one knew I was faking being okay. I was emotionally suffering, internally crumbling, and while at work it felt like the walls were constricting. After her death, in desperation and survival mode, I confided in four men to pray specifically for me that I could make it through work.Those prayers truly helped.

As a school district Student Support Services Director, my primary job is to deal with and resolve the problems and conflicts of others. One of the most difficult things for me to do is manage the conflict(s) of other(s), while secretly battling my concealed emotional pain and grief. When my mother died last year I limped my way to a two-week summer break, and this year I found myself in the exact same situation, but even more extreme. I was now dealing with the compounded grief related to not just the death of one mother, but two. I am still not sure when I will take a break for the summer.

Because I did not handle the death of my mother correctly, with the death of Sis. Jones on June 8, 2016 (11:58pm), surrounded by her husband, 3 daughters, I was left in bad shape and space. Driving away from Oakland Kaiser after the midnight of her passing was unreal, knowing I would not return to ICU room 769, for that precious soul and purpose ever again. Now every time I am in that area, my first reaction is that I am going to check on Sis. Jones. 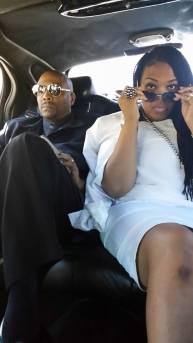 The fourteen days between the death of Sis. Jones and her funeral were intense — and for me — just getting to work during that period was a monumental task. I watched the emotions and struggles of my wife, knowing that Sis. Jones was a mother like no other. My heart continually goes out to her husband Frank Jones, and all of her children. Despite the deep pain, the funeral was celebratory, the eulogy was divinely inspired and delivered, and there was not an empty seat in the house. The hospitality and catering of the Hilltop church of Christ was first class and the work, attendance, and servanthood of West Oakland church of Christ members was not only appreciated, but will never be forgotten. At the end of the day I actually felt a starting point for proper grief to healthily begin for my mother Andrea Jeffrey and that of Sis. Nellie Jean Jones.

Aside from the mighty power of God, no one could have prepared my wife and I for the fact that our mothers would die almost one year apart. When I learned of the health condition of Sis. Jones, it became clear to me that it was of necessity that my mother was to die first, to help us be slightly more prepared for the death process of Sis. Jones. 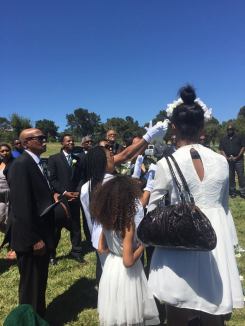 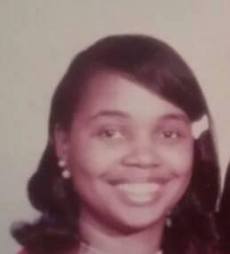 Sis. Jones was not your typical mother. Because of that I am not sure how her husband and children are supposed to process life without her all-consuming presence and influence. It is hard to understand life and the Jones family without the matriarchal presence of Sis. Jones. Deep prayers remain for Bro. Jones, as he is left without his wife of 49 and a half years and my father without his of 50 years. The entire identity of Sis. Jones and her life-purpose was wrapped inside the context of motherhood. Even her role as a wife operated through the sphere of motherhood. My wife told me how she drove them to school daily and even if they did walk home she stood out on the block and watched from afar to make sure they made it home safely. No mother could protect their children better than Sis. Jones. She was the embodiment of a homemaker and she loved every ounce of it. Her ministry and job was to care for, protect, nurture, and guide her children and husband. My wife has inherited the same protective mothering and wraps it around our children.

Sis. Jones was not ready to die; as long as her husband and children were on this side of life she wanted to be in service to them. I believe if Sis. Jones had it her way, the most ideal situation would be for all of her children, their spouses, and her grandchildren to all live on one compound or estate, with her still ruling and ministering as mother, grandmother, and matriarch. When it came to her family she was never tired of serving. She was a 24/7 mother. If something happened in the early morning or late at night, Sis. Jones was urgently responsive. The first time I ate some of her food I was turned-out; I could not believe what I was eating/tasting and could not wait for more. Sis. Jones enjoyed watching me eat her food. I am not sure who enjoyed which more; her watching me eat or me consuming her cuisine.

In nature after the baby bird reaches a certain level, the mother bird drops it from the nest 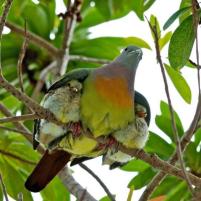 to begin its proper testing for flight. Well, for Sis. Jones, she was fine with all the birds in the nest and did not want to see or risk any harm that could come through flight. I have never met a mother that loved the role of mothering more than Sis. Jones. Not only did she love her role, but her children appreciated and loved every second of the love, protection, and mothering provided. It was never too much for them. When it was time for me to marry my wife, her father was all for it, but Sis. Jones struggled deeply because the result would be her child leaving the home. I do not think she ever got over it. She told me she did, but despite how biblical the concept, I think she continually wrestled with the fact that 17 years ago her daughter Tonya was the first to marry and fly away from the nest.

The love of Sis. Jones was extremely deep and will continue to live and manifest. As I said at the funeral yesterday, I do not know how life continues after the loss of such a mother. However, I do know that faith in the God she trusted will get all of the family through this most trying time of life. It will only be the power of God that can provide the necessary comfort, strength, and ability to make it through this new reality of life, without the physical presence, unrelenting love, consoling touch, listening ear, or southern-style food of Sis. Jean Jones. 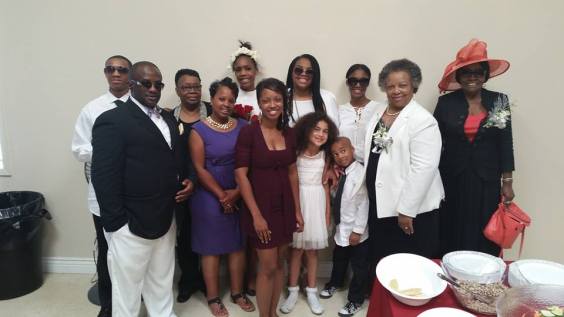 Posted on June 25, 2016, in Uncategorized. Bookmark the permalink. 4 Comments.

← Born Into Church or Birthed Into Christ?
Police Encounters #6: The Story I Said I Would Never Write →