You Are To Blame!

We have been on a wild presidential ride for the past four years, and the journey will continue through the next few days, weeks, or even months as counts finalize and court proceedings cease. Regardless of the final count, it seems clear, Joe Biden and Kamala Harris will occupy the White House and lead the USA for the next four years. For some, this new reality is deeply anxiety-provoking and frightening, and for others, it is a non-issue, only more of the same, the essence of political power-play. For others, it is a massive sigh-of-relief while they look forward to a brighter American future.

For those livid and upset by the Trump loss (or potential loss), you are to blame. The first night of presidential election results appeared close, but as the days moved forward, the voices of the people erupted. What seemed to be a close presidential race turned out to be a shellacking. Based on my assessment of American happenings over the last four years, I thought the popular vote for the Biden/Harris ticket was going to be greater than 20-million-citizens. That was an overreach, but the election result and style still speak volumes.

I cannot say all, but Republican, conservative, and right-wing Americans are responsible for the presidential loss of Donald Trump. Your silence, arrogance, and coded behaviors cost you a second presidential victory. You thought you could ignore the destructive language and actions of President Trump without repercussions. You believed that his gangsterized behaviors were untouchable. Because you refused to check his unhinged behaviors, your American nightmare has arrived. According to you, I guess, America is now headed into a socialist handout agenda that will bankrupt the nation.

You are to blame! You were deceived and intoxicated by what appeared to be unbridled power. Unknowingly, you morphed President Trump into a god. You were caught defending a person and not a position, party, or policy. As time moved forward, the lines became blurred. Defend your position, policy, or political position unapologetically (do it all day). That is the essence of the democratic process, but you allowed it to veer into the deranged lanes of narcissism, ignorance, disrespect, and racism. In the face of embarrassing behaviors, you normalized a disposition of political correctness at the expense of the marginalized. Through silence, you allowed the offended and targeted to be labeled as the division source. All you had to do was check your guy. Instead, you defended the harmful character over policy. You stood behind the bully as if he would always be there to protect you. I do not have words yet for the Christian community that remained silent toward ungodly Trump antics.

President Trump did some solid things, but people cannot be expected to overlook abusive behavior in exchange for a few policies; it is not a sustainable strategy. As of now, President Trump has kept America out of foreign wars, but his behavior promotes domestic destruction and dis-ease. If he cannot have his way, nothing else matters. All his base had to do was consistently check his aberrant conduct. You did it; you got him fired. If you cared about him or what he stood/stands for, you would have addressed his behavior. We saw your silence at home, work, church, within the community, in the White House briefing room, throughout conservative media platforms, and every other space imaginable. You collectively refused to call out his behavior. You opined and blasted democratic liberalism but said nothing about Trumps racism. You defended him at every turn. 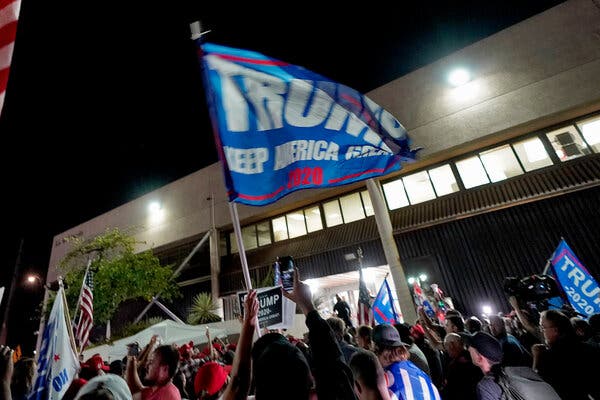 Those actions left people with no choice but to vote in a way that ensured Trump would not be granted another four presidential years. You had one job, and that was to hold the president honest in policy and practice. If you genuinely wanted another four years of Trump as the US President, you failed him and yourself. As a leader, he should have told you to hold him accountable. May this forever be a lesson attached to the gift that silence gives.  You should have used your voice. He should have experienced collective confrontation from his base.

Related to Trump-analysis, his base honored the supremacy code of silence. Trump was only critiqued in private and probably never with him present. The private critiques sent a message to the majority of America that his presidency could not be trusted or tolerated further. The fear was that his exasperating and unbalanced behaviors would go unchecked for another four years. In due time, some of the Trump political base will begin to confess their compliance, collaboration, and complicity with the Trump regime, but it is too late. Who will you look to now? Who will be your shield? How will you now govern with those across the aisle after your behavior of the last four years?

Metaphorically, President Trump became the out-of-control child with parents/caretakers/guardians that refused to address his behavior. Thus again, the American people spoke. People were not just watching President Trump; we watched the reactions of those standing closest to him. We saw that you were appalled, often grimaced at his comments, but you always found a way to defend his bodacious offensive maneuvers. If you are concerned about his presidential loss, but remained silent throughout his presidency, you are to blame.

Dr. Fauci went from being touted as the esteemed Dr. Fauci by Trump to simply being addressed as Anthony. Anytime people walked outside the Trumpian boundary, they were discarded. Yep, we are still in the midst of a pandemic.

The predominant base of President Trump still criticizes Obama but fail to launch a collective critique toward Trump with the same outrage and energy. Many Black people voted for President Obama in 2008 and 2012 and then engaged in a necessary critique. Despite the Black vote for Biden and Harris, observations and critique will be strong over the next four years. Unlike the unenergetic reaction to the ploys of President Trump by his base, responses to Biden and Harris will be swift and explicit. Democracy is built on debate and bipartisan disagreement, but the same people conservatives and Republicans accused of tribalism, groupthink, and identity politics were fully guilty of what they alleged of others.

The bold result and message of the 2020 election are not about love or infatuation with Joe Biden and Kamala Harris; it is a repudiation of the actions, disrespect, dismissiveness, and racism of President Donald Trump. During the entire Trump presidential term, he disrespected Blackness and so much more. He insulted the intelligence and humanity of Americans. Thus, it is no surprise that the majority of Black people voted against him. Even during his White House speech on November 5, 2020, he blatantly disrespected counties and cities where predominant Black votes exist. However, the night before, he praised the state of Georgia, Michigan, and Pennsylvania for their pro-Trump votes. As his lead declined he went on the attack.

We will observe more trauma and drama as the counts finalize, but a primary lesson is that silence backfires. Most Black people have a conservative texture within their ideology, with a strong predisposition for justice, equity, and antiracism approaches toward all of humanity. President Trump ushered in and constructed a climate with a civil rights and Jim Crow era texture, tone, and energy.

More than ever, I am thankful for all the American freedom-fighter ancestors for their legacy, resilience, resolve, and battle. Weekly and monthly, the Trump administration pushed America’s fabric to the limit, and then Trump said that the real racists are those fighting for antiracism. Again, his toxic comment was met with no critique from his base. The trifling Trump era pales in comparison to what abolitionists endured and fought for, and in honor of their legacy, we will continue to love, critique, and battle for the justice of all of humanity and direct action toward those that promote an antiBlack agenda.

Young people are watching, and more and more will be voting. If you think a President or candidate can display blatant disrespect and be graced with a vote, you are mistaken. Those days have ended.

Posted on November 7, 2020, in Uncategorized. Bookmark the permalink. 2 Comments.